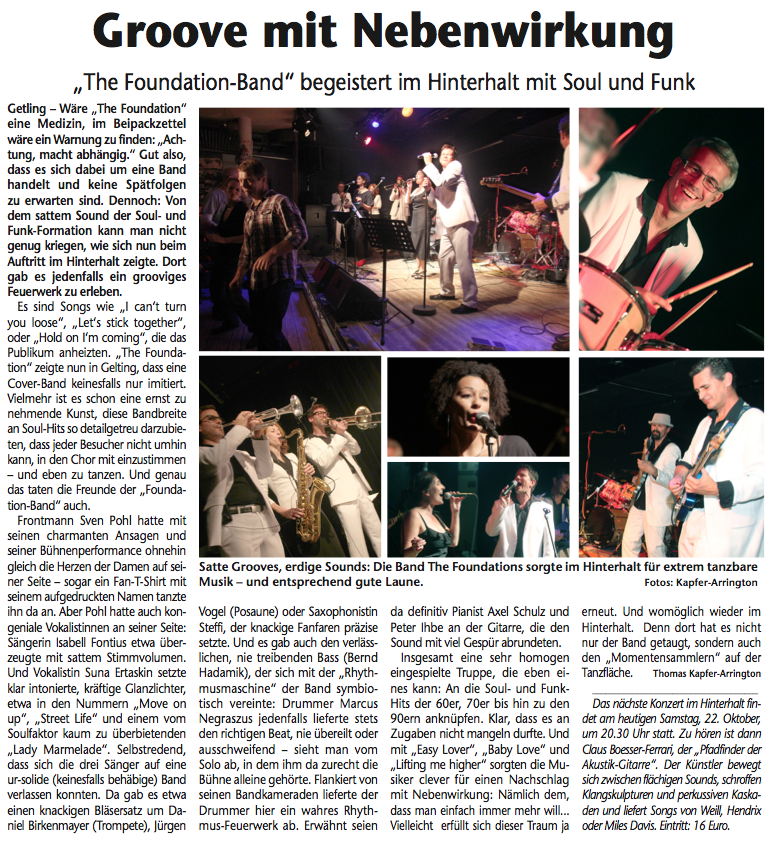 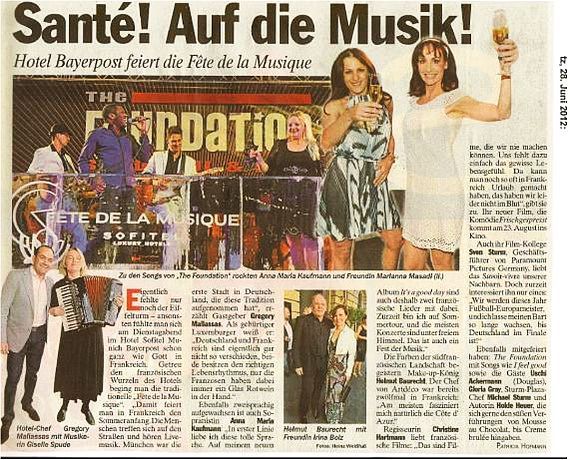 “…The room slowly filled up with well dressed women and handsome men, all in suspense of what to expect from a hotel event with a french flair.

Then the hotel director Gregory Maliassas appeared on stage with a perfect little welcome speech about the “Fete de la musique”, a fiest that has been brought to life in Paris in 1882 and has since been spread throughout the world, in order to celebrate the beauty and the power that lies within the music. Not even a second after the director had stopped speaking, the band began to play with a somewhat perfect interpretation of James Brown´s “I feel good”.

The floor was on fire.

People started tapping their feet to the music, some dared to dance…”

Vielen Dank an die zahlreichen Besucher! “THE FOUNDATION” loves you 😉